Learning from the women behind the world's most iconic buildings 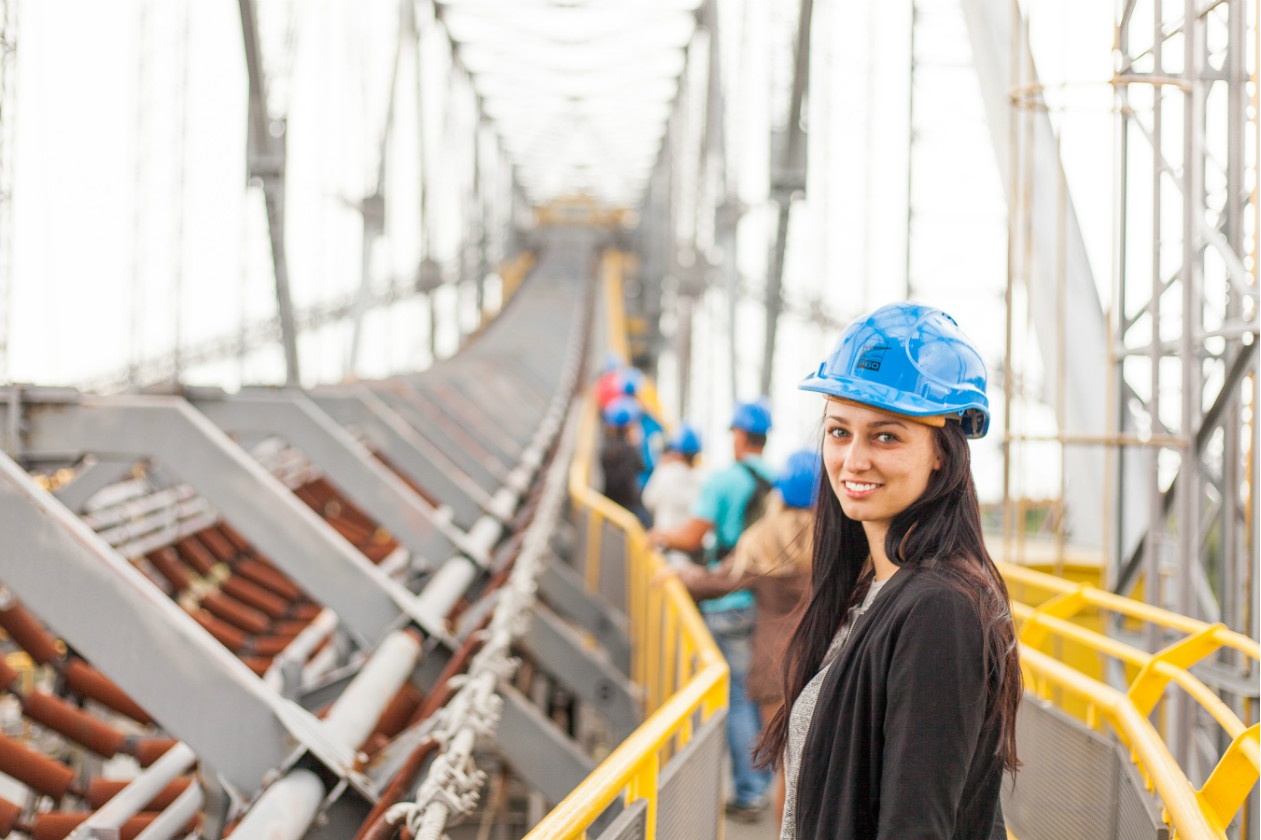 Women currently make up 9.1 percent of the construction workforce in the U.S., earning just 95.7% of what their male colleagues earn. Despite the gender imbalance and difficulties women face, many have not just survived in the male-dominated field but achieved significant recognition. Brick by brick, ladies are taking over.

Here, we round up eight female-led buildings and projects around the world to inspire and encourage all women impacting different areas of the construction industry.

Join us and learn from incredible women, connect with people from all areas of construction, and maximise your potential with insightful presentations. Women in Construction USA takes place September 18-19th in San Francisco's Hyatt Regency. 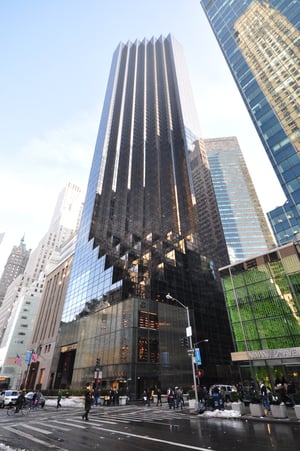 In 1983 New York’s newest skyscraper was finished, and the crown jewel in Donald Trump’s property empire was ready for its reveal. Three years earlier, the construction started when Barbara Res, a Women in Construction Keynote Speaker, was appointed as Senior Vice President in charge of the Trump Tower. And so she became the first woman to oversee a major construction site in New York.

Barbara branded herself as “The Woman Who Built Trump Tower” and has since transferred her experience of being a woman in the male-dominated construction industry and working for Donald Trump into a memoir  All Alone on the 68th Floor: How One Woman Changed the Face of Construction. In recent years, Barbara has become known in the public eye for speaking out against Donald Trump.

Julia Barfield MBE RIBA FSA is the entrepreneur and architect behind the London Eye. She's the architect and director of Marks Barfield Architects founded with husband David Marks. Together, they were the creative entrepreneurs behind the London Eye, Brighton’s British Airways i360 as well as designers of many other iconic buildings.
The structure was designed as a part of a competition for the Sunday Times/ The Architecture Foundation, designed by the couple who mortgaged their home to cover the initial costs. Their work highlights the importance of the architects' social role - "to improve the quality of people's life by good design."
Julia is a passionate activist and advocate for social causes, appearing on the news discussing climate change issues and recent Marks Barfield projects include a mosque in Cambridge, which aimed to revitalise the social and religious community as well as champion sustainability in design.

This 115-room, 68,500 square foot mansion with three guest houses and 46 additional rooms, surrounded by 127 acres of gardens, was designed for William Randolph Hearst. The lavish building included features such as sculptures from Egypt, one-of-a-kind Art Deco ceilings from Spain and even hand-cut tiles from Italy. Hearst Castle was built between 1919 and 1947, making it a masterpiece to showplace the Hearst family art collection.

The extravagant structure of Hearst Castle was designed by Julia Morgan. She is known as the first woman to study architecture at the Ecole des Beaux-Arts in Paris and being the first female professional architecture in California. Fifty-seven years after her death, in 2014 Julia received the AIA Gold Medal, being the first-ever female to get the American Institute of Architects' highest honor. 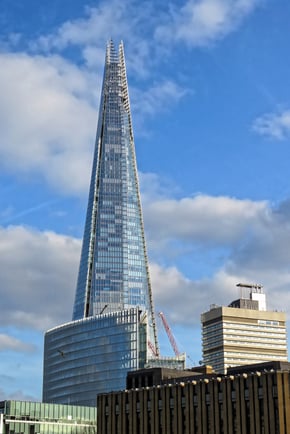 The Shard, standing steadily next to the London Bridge, is the tallest building in the UK, and the fifth-tallest structure in the whole of Europe. It was designed by Italian architect Renzo Piano, and the construction started in 2009 – and finally, in 2013, the London’s now-iconic landmark was ready for its opening.

Helping to build the Shard has been the highlight of Roma Agrawal. Roma, then a graduate engineer, started working on the project only a year after finishing her degree and ended up working in the building for the next six years. Roma has now been recognised within the construction world and she has won multiple awards.

Galaxy SOHO, built between 2008 and 2014, is an urban building located in Beijing. The complex is 18 floors tall and covers an area of 330,000 m2 offering shops, offices and entertainment facilities. Galaxy SOHO was designed by world-famous Iraqi-British architect Zaha Hadid, who described the design as "respond to the varied contextual relationships and dynamic conditions of Beijing". In 2013, the complex was nominated for the RIBA Lubetkin Prize by the Royal Institute of British Architects.

By 1979 Zaha had established her practice starting to gain recognition around the world for her ground-breaking theoretical works. In 2004, Zaha was awarded the Pritzker Architecture Prize as a first-ever female. On top of that, Zaha was known for her other achievements. She, for example, won the RIBA Stirling Prize twice amongst, in 2012 she was made a Dame Commander of the Order of the British Empire, and she held various academic roles around the world. 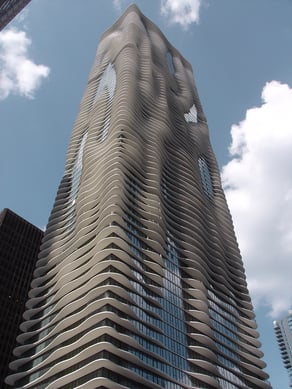 Aqua Tower, the 82-story and 876 feet tall skyscraper, was the newest addition to Chicago’s skyline in 2009. Only two years after the construction had begun, Aqua tower was ready to open and welcome its first residents. The mixed-use residential building looks like a wavy sculpture from a distance each balcony being unique in size, shape and protrusion, and the building now combines a hotel, offices, apartments, along with one of Chicago’s most extensive green roofs. But the design quoted as ‘optical poetry’ is not the only interesting feature of the building – Aqua Tower is also the tallest female-built building in the world.

The woman behind this project is architect Jeanne Gang ,and though Aqua Tower is not her first project, it is undoubtedly the one that put her on the architectural radar. 10 years after finishing Aqua TIME Magazine has named Jeanne, the Founding Principal of architecture and urban design practice Studio Gang, to the 2019 TIME 100 being the only architect on the list. 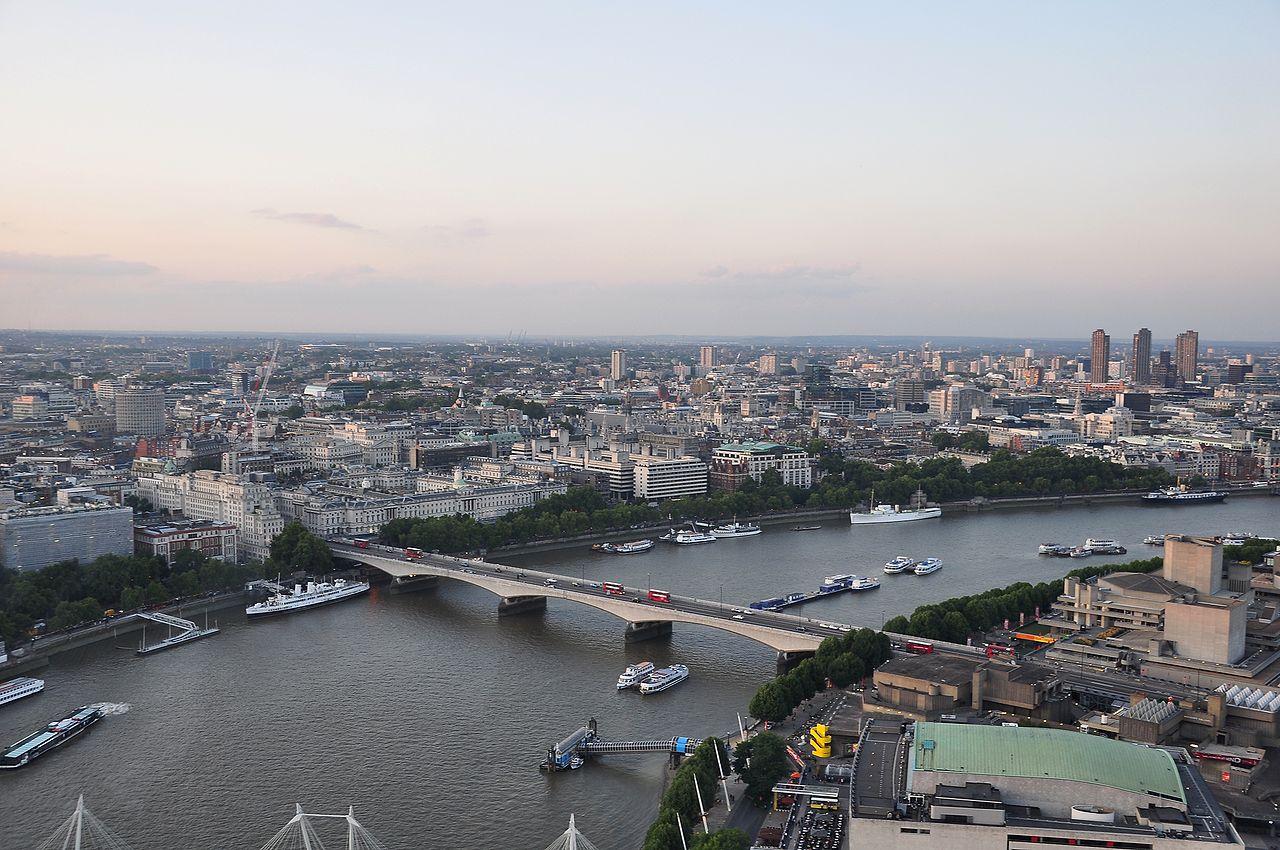 For more than half a century, Waterloo Bridge’s nickname The Ladies Bridge was based solely on a rumour. The bridge has a long history. After the decision of replacing the first unstable Waterloo Bridge, the construction began again in 1934. In 1939, when the war broke out, the number of men working on the bridge dropped from 500 to 50. And that’s where the ladies stepped in. 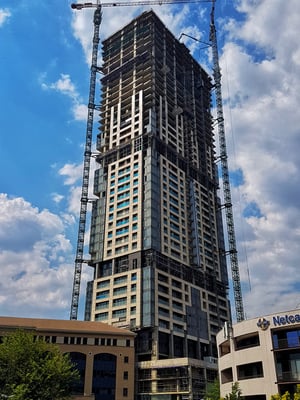 Leonardo, in Sandton, Johannesburg, stands as Africa’s tallest building rising up to 55 floors and 768 feet. The construction began in 2015 and is set to be completed later this year. On top gaining the title of African tallest building, there is another unusual aspect to the project: the team behind the design of the building is predominantly female-led. The leading ladies Catharine Atkins, Director of Co-Arc International Architects, and architect Malika Walele represent the 21-percent of South-Africa’s registered female architectures and are supported by other female professionals in order to finish the newest addition to Sandton’s skyline. 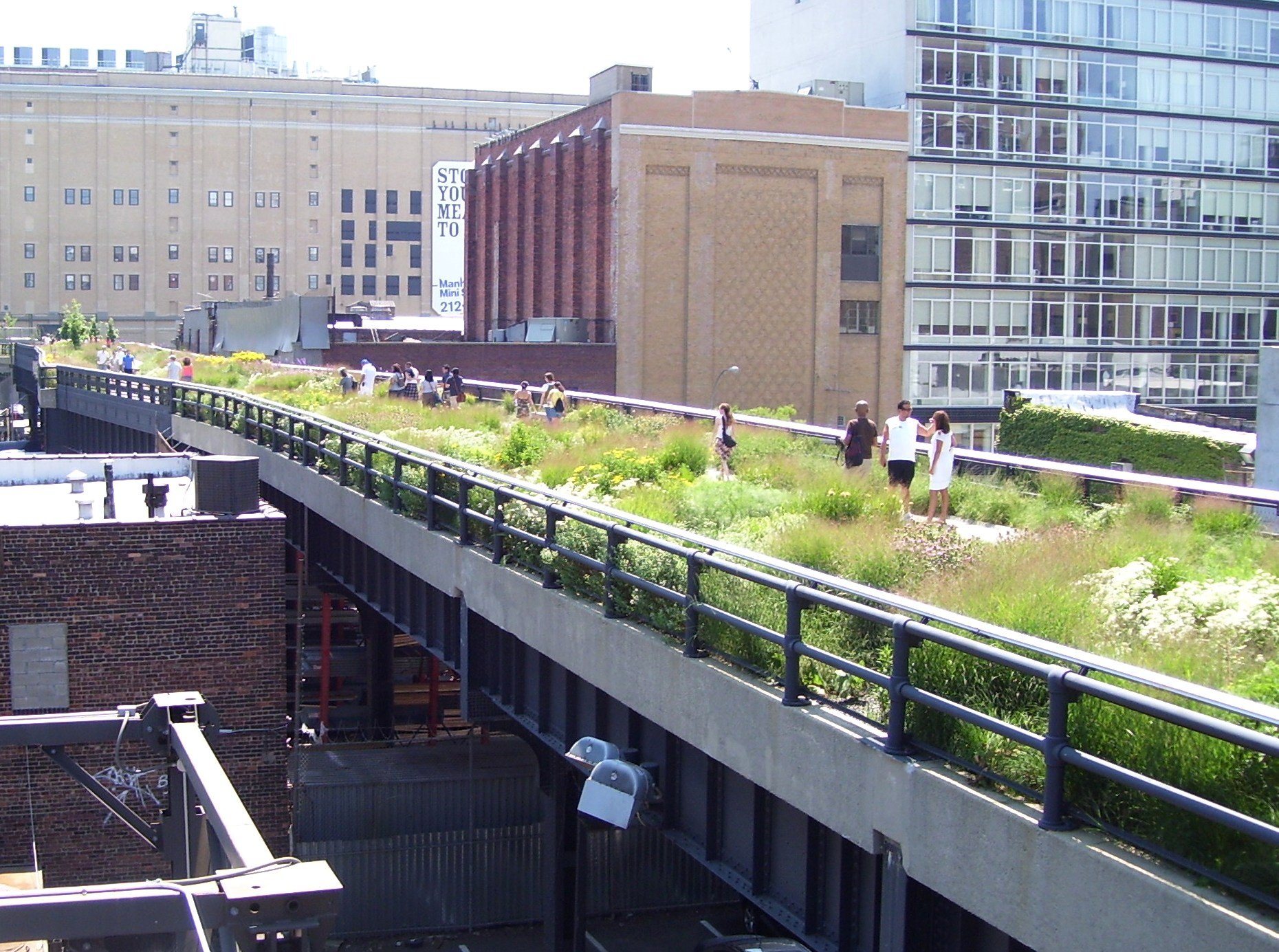 The High Line, once destined for demolition, is now a global inspiration for cities to be more creative with their public spaces. By 1980s the train traffic had stopped, and the structure was left unused until 2006 when the repurposing began. The railway was destined to turn into an urban park, and finally, in 2009, the first phase was ready to open. The last three stages finished in 2011, 2014 and eventually in June 2019. The High Line is now one, continuous, 1.45-mile-long greenway featuring over 500 species of plants and trees.

The lady behind this project, Elizabeth Diller, is an architect and partner in Diller Scofidio + Renfro. Elizabeth has won multiple awards and named as the world’s most influential architect by Time Magazine. She has gained worldwide recognition within the industry after designing buildings such as the Blur Building built for the Swiss Expo 2002.

Join us in developing the future for women in construction